I have seen this several times from magazine photo shoots, but I find it bizarre, if not somewhat humorous. Inanimate objects that move around in photo shoots.

Here we have a large blue and white Chinese porcelain vase next to the front door in the foyer. In the next photo, this very same vase has hopped onto the foyer table and is filled with magnolia branches. Then, to show its versatility, in the last photo, it has meandered over next to the chest in the foyer. So three different shots of the foyer, and the same vase is in three different places. Is the vase taking selfies?

Do they think we don't notice? 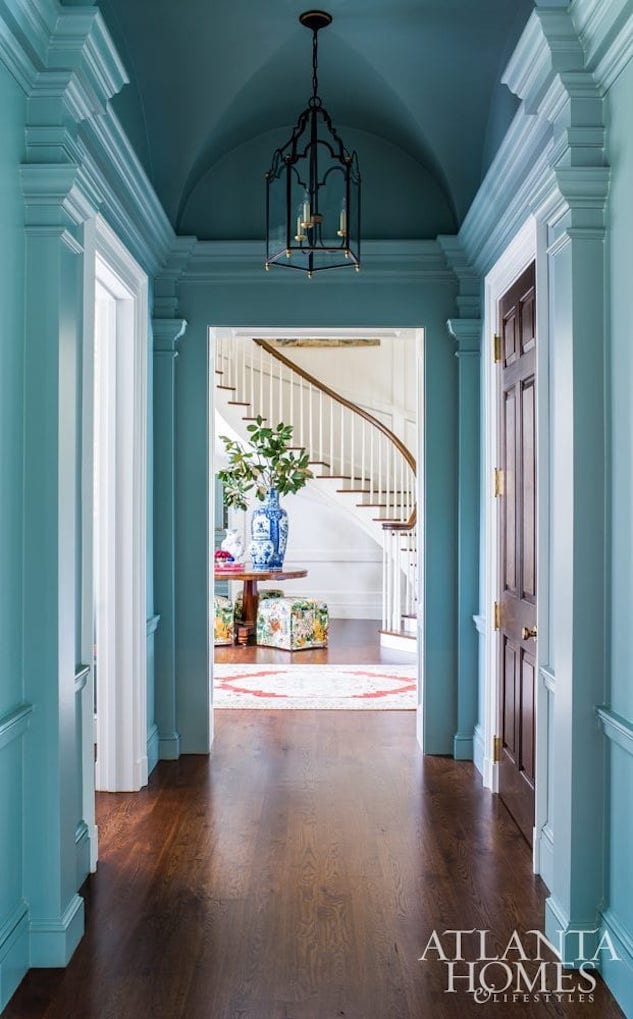 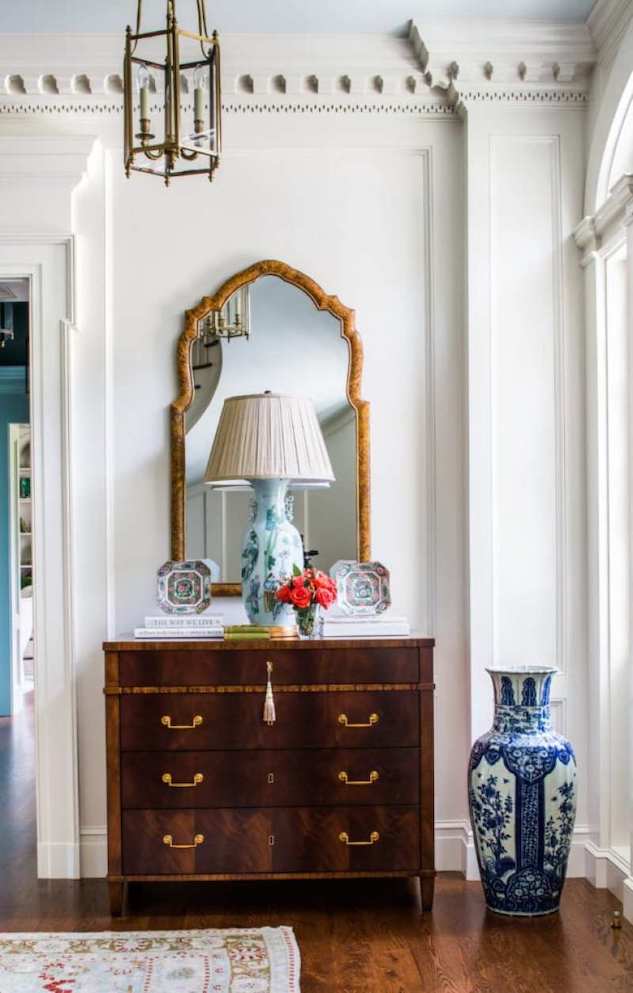 Here below is an even wilder example I posted a couple of weeks ago. In this feature in Elle Decor, the shell table is shown in the foyer and then shows up in the adjoining breezeway. I can't help but wonder what the rooms looked like before and after the shoot. Where does that table actually belong? I suspect it is from the foyer below with the green and white wallpaper. In the breezeway in the second photo it looks kind of tight and just stuck in there to me. So in the same article on this home, the table changes rooms. Weird. And the table is probably heavy and delicate to boot.

Do you find this as strange as I do? I think people who buy shelter mags actually notice such things. I do and it seems a bit off to me.

I found the table on 1st dibs - it is 20th century and has a travertine top. It was from a West Palm Beach store and this is Liz Lange's house in Palm Beach. Very Tony Duquette. 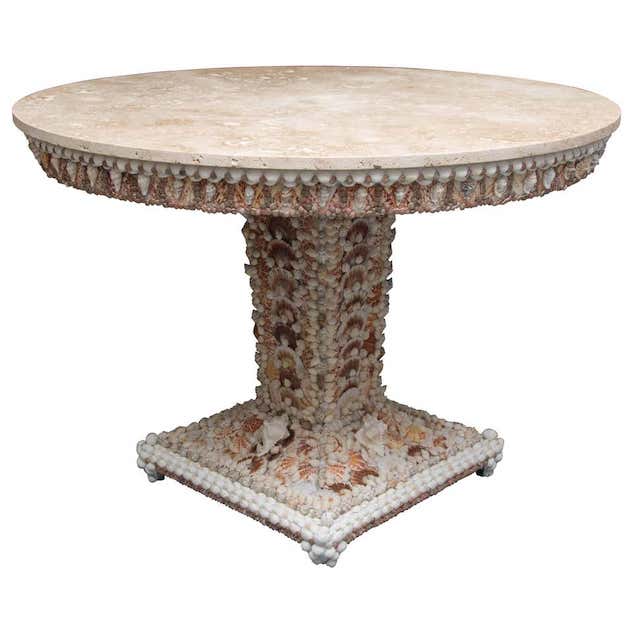 I bought a pair of seashell encrusted obelisks at Tuesday Morning years ago - see them on top?


I guess my point in all this is that it strikes me when I see things like this that the house has been so staged for the photo shoot and I'd rather see it the way it actually looks. You can't separate out the interior designer's work from the magazines's staging.

Thoughts?
Posted by Beth Connolly at 7:00 AM