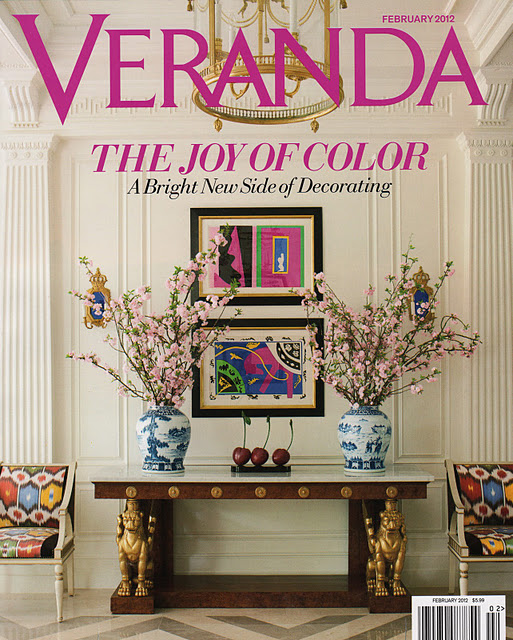 Everyone has loved the February 2012 cover of Veranda with its eclectic and colorful mix of a formal neoclassical console table, Chagall art, chairs covered in ikat, gilded Louis sconces, a cherry objet d'art, and of course, the Chinoiserie element, the pair of blue and white Chinese porcelain vases. Just below is a closeup shot. Intestingly, I was able to find a photo of the same space from the portfolio of the interior designers from before the Veranda photo shoot that is shown at bottom.

The original console table has been changed, which was too high for the chairs and out of scale. The too heavy magnolia branches in the Chinese vases were switched out for the more delicate and more colorful pink cherry blossoms. The Chagalls have been rearranged and a new one has appeared. The cherries are also a new addition. 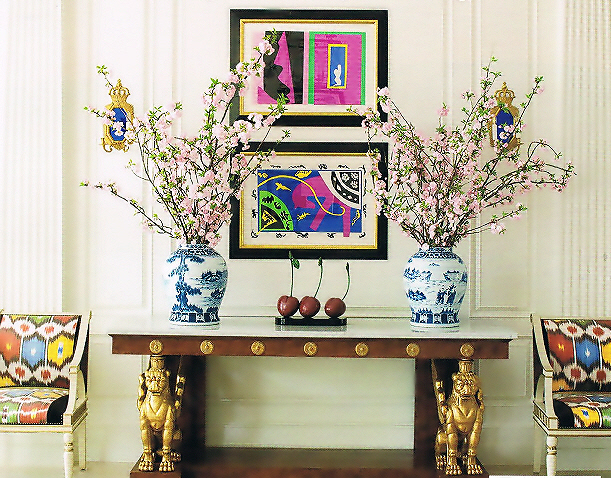 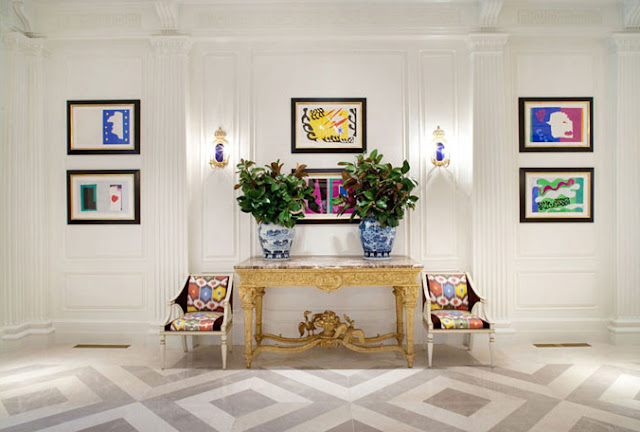