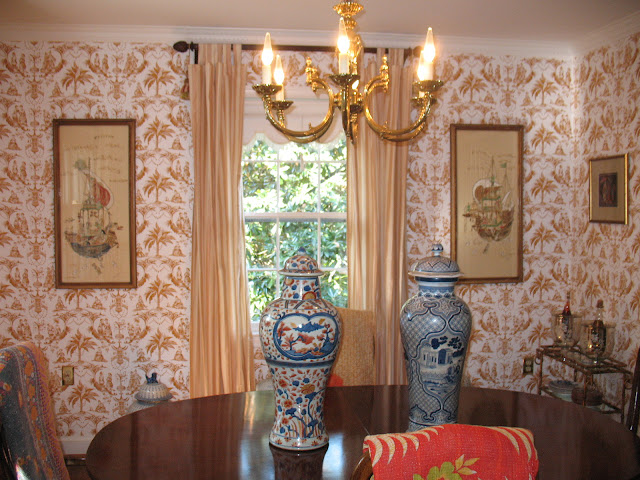 You will recall my excitement last weekend over the pair of Chinoiserie paintings I had just won at auction. After hanging them Sunday, we have had a rainy week ideal for my garden, but not for photography. A glorious fall day today allowed a little photo shoot of them in my dining room.


"Leila De Dampierre was the wife of Count Robert De Dampierre, French ambassador to Hungary from August 1940 until December 1942. As you noted, she was a poet and painter, illustrated his books with sketches and original designs (e.g., L'equipee d'une legation de France [Norway 1940]), and during his tenure in Hungary they both were active in the public life of Hungary, especially in raising aid for French prisoners of war (after the French collapse in June 1940). You will also see reference to an exposition of her silk paintings with oriental motifs in the Hungary Gazette of 22 January 1944 (the exposition was shared with the watercolors of Baronness Elma Podmaniczky)." 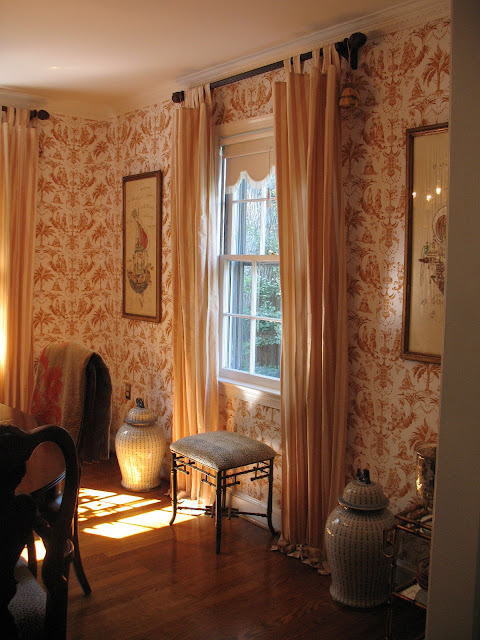 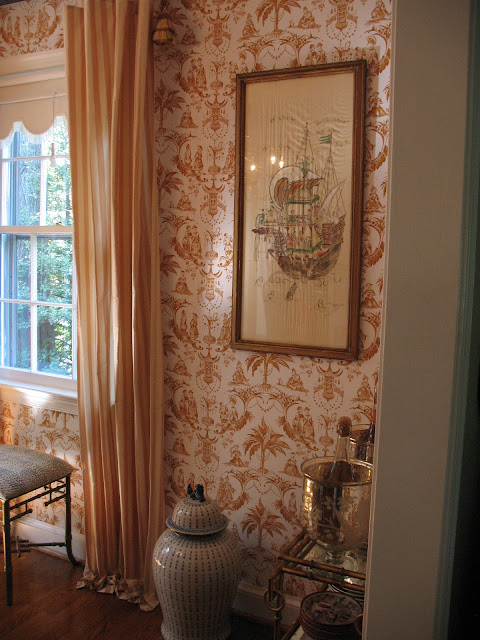 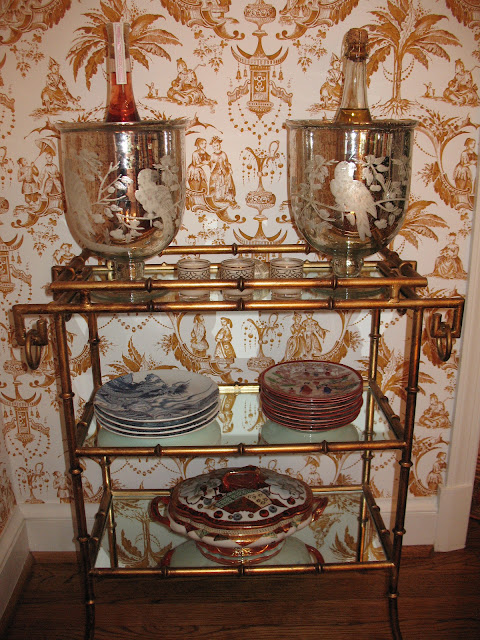 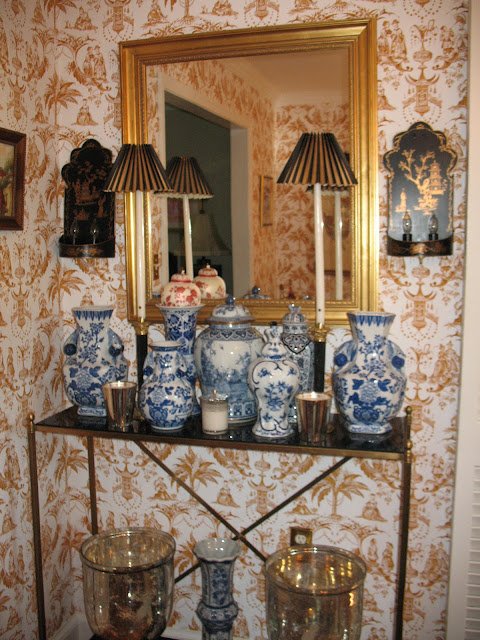 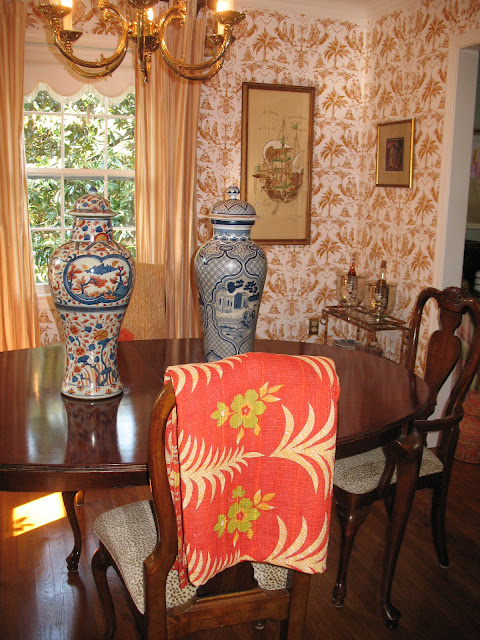 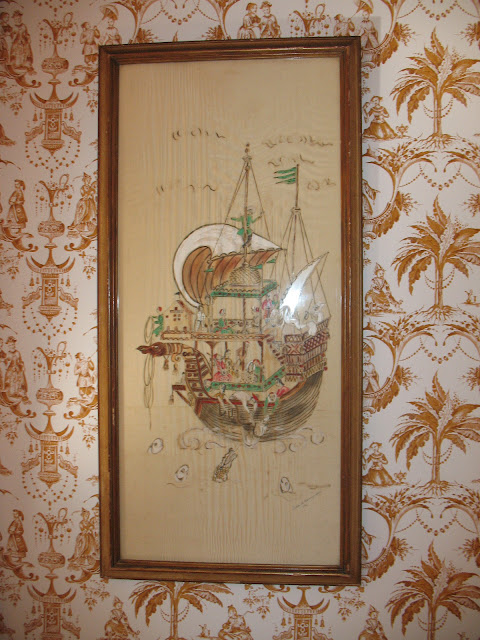 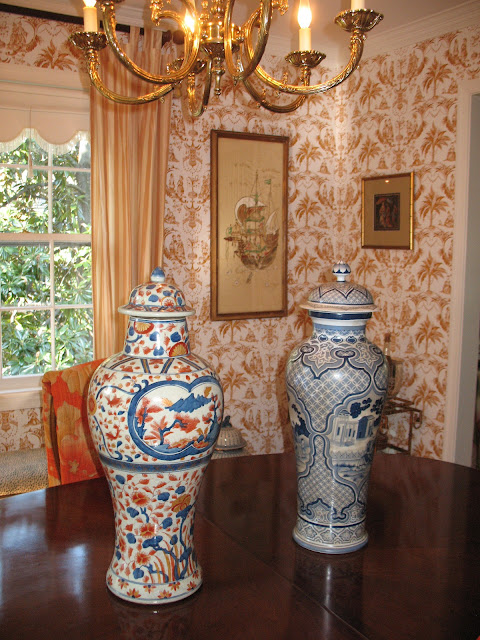 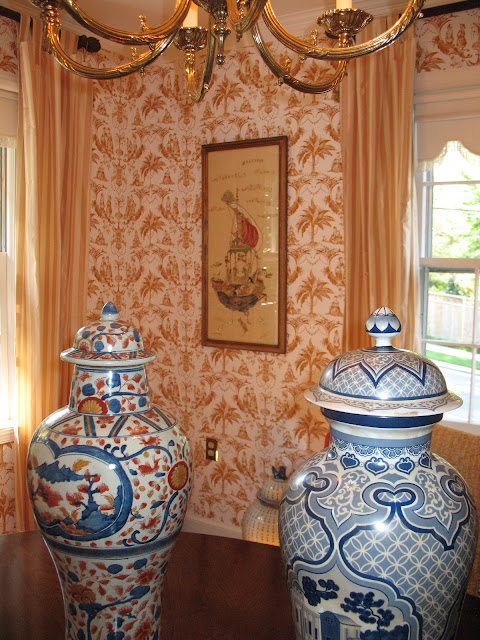 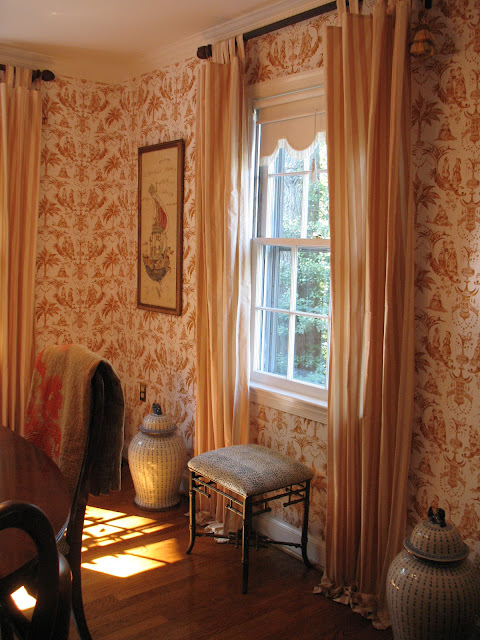 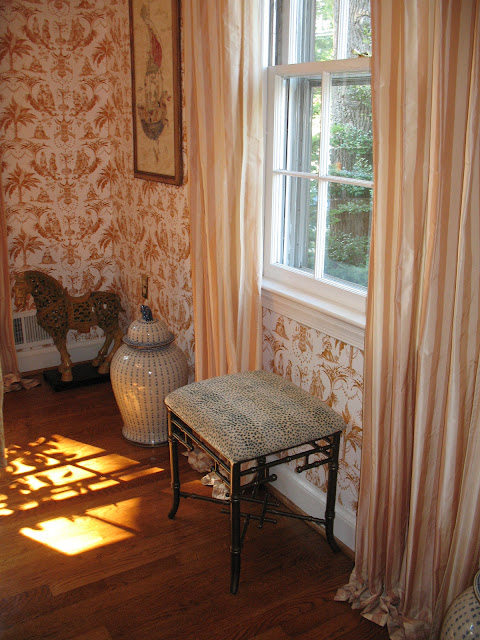 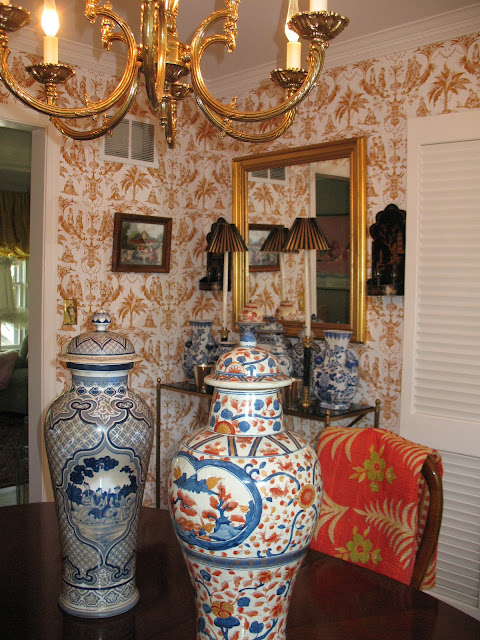 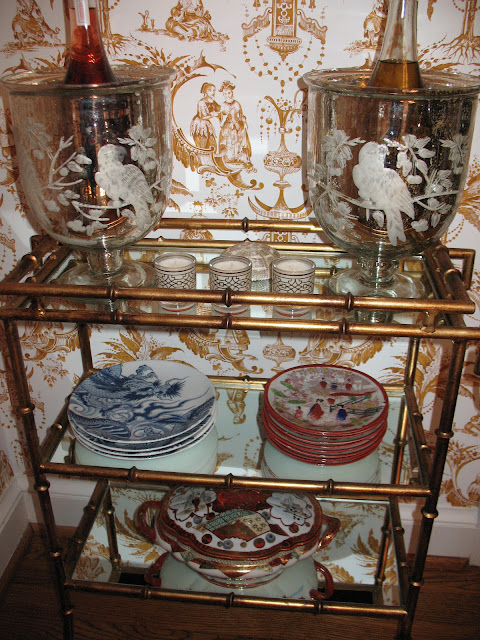 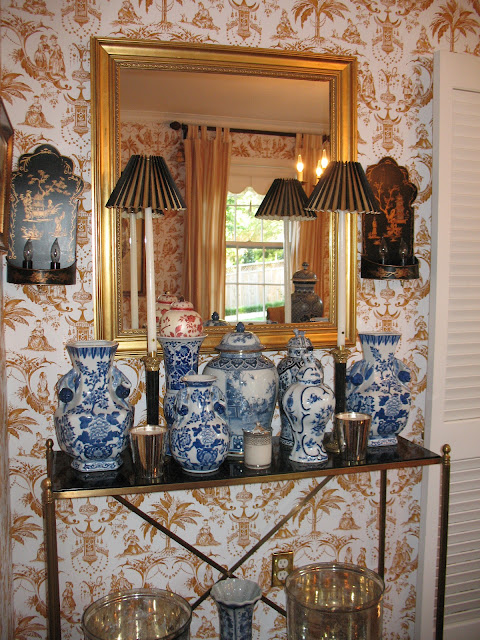 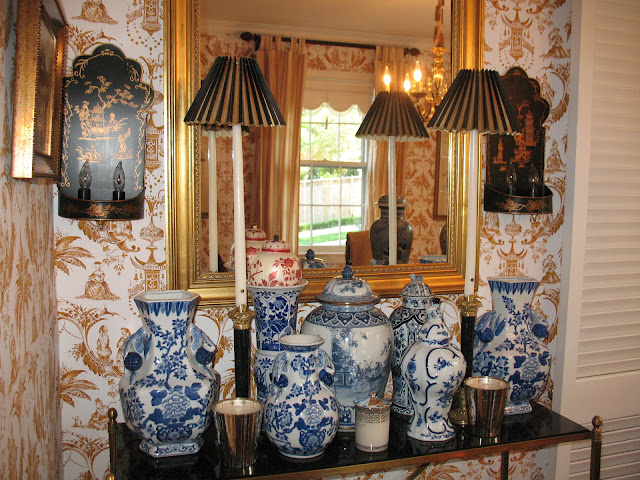 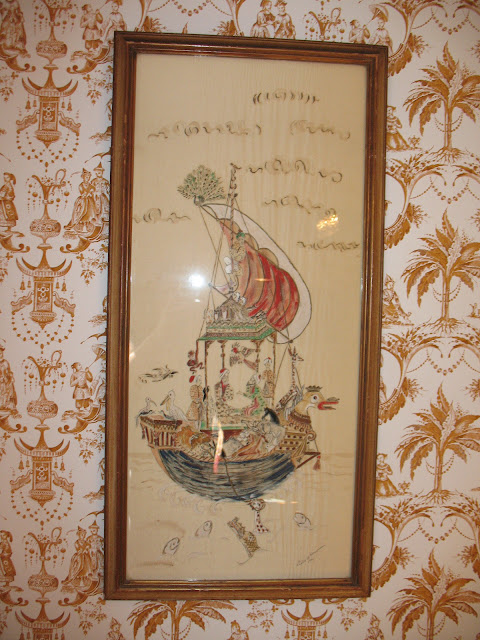