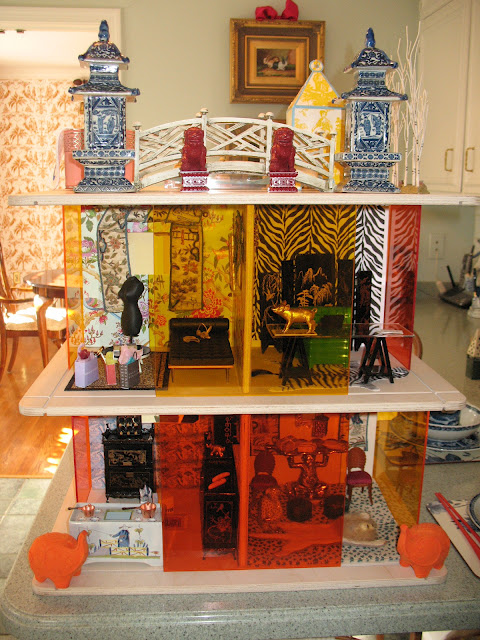 So many of you have written wondering whatever happened to the I'm a Giant Challenge dollhouse "contest" organized by Emily Henderson. I revealed my Chinoiserie Chic dollhouse on time on December 15th. Then when Emily extended the challenge to February 1st late on the day of the reveal with absolutely no warning, I decided to do my second Chinoiserie dollhouse "Dragon House" that I revealed on February 1st. Again the February deadline passed without a word from Emily. She has stayed mute to date on it.  I hate to inject negativity into this beautiful Chinoiserie world that is Chinoiserie Chic, so I have not complained publicly before now about Emily's utter lack of style and manners in the way she has handled this.

I would like to link you to several posts for those of you would like some closure or at least a wrap up.

*Two Wonderful Posts here and here by Modern Mini Dollhouses with photos and links of the dollhouses of the 82+ participants she was able to round up. This took loads of time and effort - thank you so much!

*An Open Letter to Emily Henderson yesterday by blogger Tiny Fixation/Large and in Charge entitled "I Don't Reward Bad Behavior" that speaks for many of us I would assume - you can read my comment on her post on this link as well... 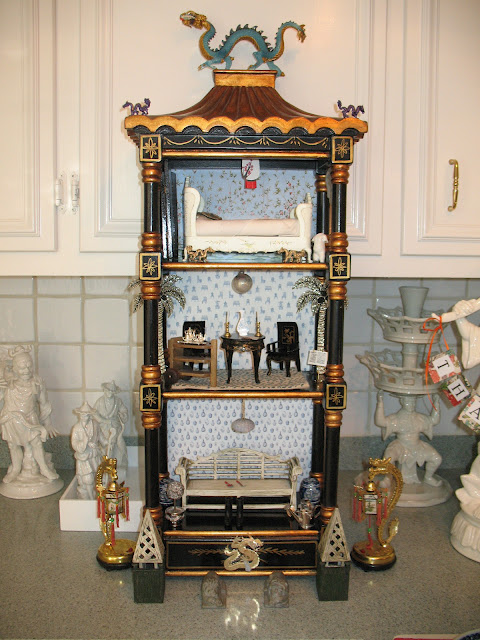