Inspiration Board - A Royal Chinoiserie Nursery 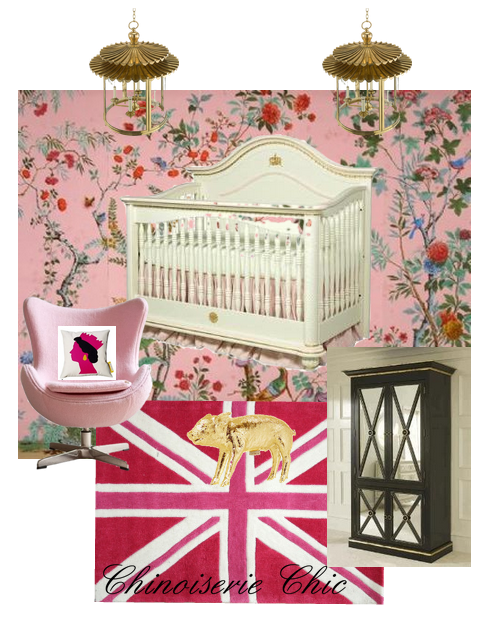 With the birth of England's royal baby imminent, I thought it would be fun to create inspiration boards for royal Chinoiserie nurseries fit for a princess and a prince. Today's nursery for a royal princess starts with hand painted on silk pink Chinoiserie wallpaper from A.L. Diament & Co. The gilded carousel lanterns are from the famed London lighting store Charles Edwards. I have used a pink cashmere egg chair with a queen pillow. A pink Union Jack rug is another fun twist. The stunning Serafina crib from The Well Appointed House is hand painted in pink and linen with crown molding and crown appliques. An English Regency armoire from The Well Appointed House will house some very pretty outfits. A gold Harry Allen pig bank holds 5,000 British Pounds. Stay tuned tomorrow for a nursery for a royal prince.

In the crazy column - a couple weeks ago I pinned the room below to my Pineapple Pinterest board because I liked the chandelier. The photo was already captioned as being a boy's room. Minutes later, someone commented on my pin accusing me of perpetuating gender stereotypes for not changing the caption. So to that person, if you would like the nursery above to be for a prince, go for it. ;-) 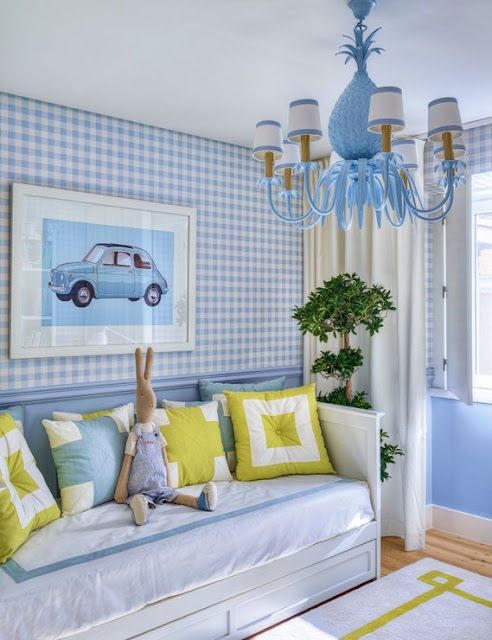 Posted by Beth Connolly at 9:00 AM