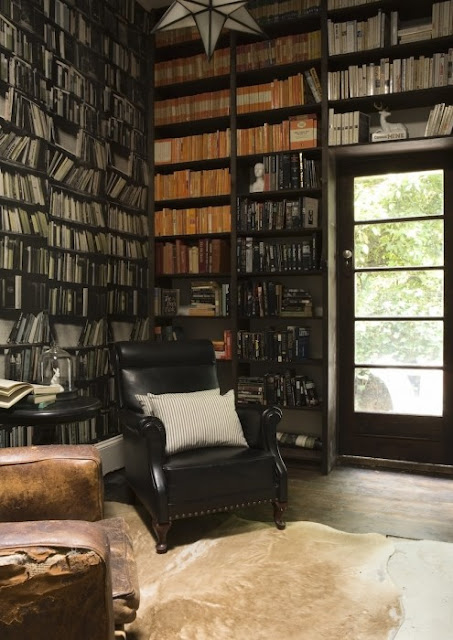 You really have to read this post for a good laugh. It's a blogger from the blog List Love Laugh trying to figure out what the word "chinoiserie" means. I think you'll enjoy it. The post is entitled "Scholastic Saturday: Getting Rid of the Facade."

"So, disclosure of the day:  sometimes I pretend to know words and phrases that I don’t really know.  Isn’t that something you learn in school?  When you’re learning to read, and you come across a word you don’t know the definition of, before you look it up in the dictionary, you use the context of the sentence and see if you can figure out the definition yourself (yes, I realize those were a whole lot of commas in one sentence.  Sorry).

There are certain words and phrases that I’ve seen so often that I don’t know the definition of, but I feel confident in knowing what it means that I never look it up.  Also, FULL disclosure:  sometimes I’m just too lazy to look it up in the dictionary.

But today that changes.  At least for one word and one phrase.  Baby steps and all that.

The first comes from my recent obsession with interior decorating.  This summer and fall, I checked out like a million (okay, maybe about 40 in reality) decorating books.  In almost every one, I saw this word:

The ironic thing is, though they were design books, there weren’t a lot of pictures.  Apparently the term “chinoiserie” is so huge in the design world that it’s just assumed that you know what it is, like “chair” or “table”.  One doesn’t need to see a picture of those things; they already know what it is.  So it was sort of a point of pride for me to pretend to know what it meant.  And what I thought it meant, according to what I read, was something along the lines of:

Do you know why I thought that?  Because the only picture I saw associated with the term chinoiserie was a real library on three sides, then a fake wall of books (it was a graphic that looked extremely real).
So, I ask, what would you assume chinoiserie meant?

Eventually, though, I had to go and check my bases to see if I was right, and this is what I found:

Noun
1. The imitation or evocation of Chinese motifs and techniques in Western art, furniture, and architecture, esp. in the 18th century.
2. Objects or decorations in this style.Okay, guys.  Come on.  Now what in the world do BOOKS have to do with that definition?  I feel like I’ve been tricked.  The problem is, I’d already returned said book to the library.  So I couldn’t further inspect it.  The only thing I can think of is that those books in the library were artsy Chinese books.  Who knows?  Anyways, since I felt I was cheated a real picture of chinoiserie, I looked it up on Google images, and found these.

There’s even a whole blog about it, which I actually think is fabulous!  It’s called Chinoiserie Chic.  I have to admit it’s fun to browse all the chinoiserie.  My favorite one that I found (I’m biased because it’s purple) is this one: 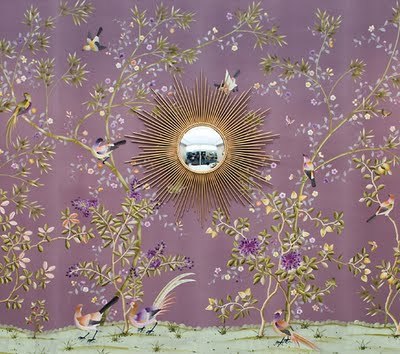 But for sure, the monkey ones are a really really close second for their cuteness and quirkiness: 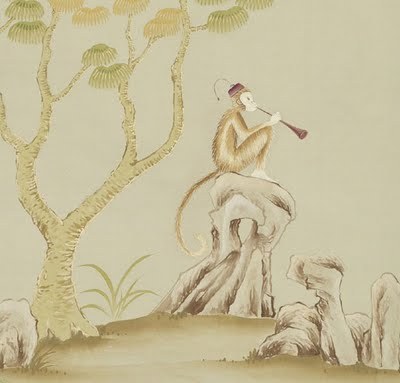 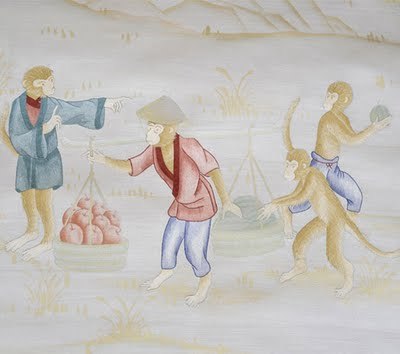